The city of Santa Barbara is located on the Pacific Coast of southern California.  The city is sandwiched between the Pacific Ocean and the Santa Ynez Mountain Range, approximately 80 miles north of Los Angeles. 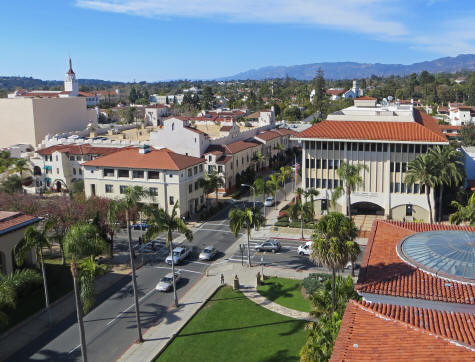 This region of California is sometimes called the American Riviera because of its idyllic Mediterranean climate.